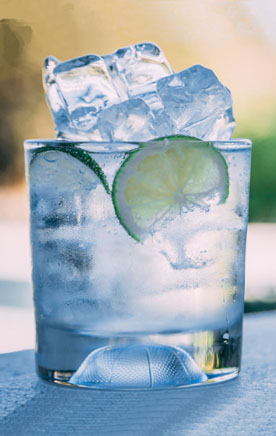 If you are a savant of fine wines, read on and learn more. On the other hand, if you are not one of cognoscenti, grab a pen and paper, make notes and impress the heck out of your next group of dinner companions. Hopefully, you will not bore them with your new found knowledge. The sommelier will, on the other hand, be somewhat overwhelmed.


The largest of the Mediterranean Islands, Sicily, is separated from the rest of Italy by the 2½ mile wide Straits of Messina but, at the same time, relatively easy to reach. For those who determine destinations predicated upon the weather to be found at their eventual port of call, it is hot and dry on the coast, temperate and moist in the interior and, for the more adventurous and athletic, 85% of Sicily is mountainous or hilly. No need for the treadmill. Just head outside. For students of the historical, Sicily is a locale with many archeological finds and, for the true vacationer - not those with cameras moving at the speed of the shutter, they will encounter a much slower pace than, for example, is evident in Rome (Except, of course, for the drivers who are much like their Roman cousins.) Not to be overlooked as a "touristy type thing" are the vineyards; lemon, orange, almond and cherry trees; and olive groves. All of which present a proud heritage of sights and sensual experiences.

The Greeks, Carthaginians, Romans, Arabs, Byzantines and Normans all left their archaeological marks on Sicily amid the wonders and influences on the island’s early history, transforming Sicily into one large open-air museum. The luscious fields of wine-maker Morgante.

When it comes to wine, it is safe to say that the times are "a-changing". Translated, that means Sicily is now the second largest wine producer of Italy’s 20 regions, with almost half a million acres under vine. In the past, most of the island’s production had been inexpensive jug wine, or wine sold in bulk. Much of the high alcohol wines were shipped to Northern Italy where they were blended with cooler climate wines to increase the alcohol content. It sounded like a plan until recently when the growers came to realize that they could bottle their own wines, while create a very competitive product of which they could be justifiably proud. The wines grown on the slopes of the world’s most active volcano, Mt. Etna (last eruption was June 2001), are nourished by the volcanic ash terrain. Also, the area around Catania and Taormina, on the eastern coast, produce approachable wines with names like: Etna Rosso, Bianco and Rosato, while it is the center and western end of the Island, from Agrigento to Marsala, Palermo to Casteldaccia and Vallelunga, that has the wine world swirling and sipping.

Sicily’s warm, dry Mediterranean climate is best suited for growing red grape varieties like Nero d’Avola, a native variety that has both high acidity and aggressive tannins, making wines suitable for drinking young or after long aging. Other red grapes used are Perricone and Nerello Mascalese as well as some Cabernet Sauvignon. The white wines use Inzolia, Cataratto (the most planted grape), Grecanicoa and some Chardonnay. Fields of Tasca D'Amerita Regaleali in the mountainous central area with a micro-climate
on mountain slopes up to 2,000 feet, where the cool night air keeps the acidity high.

Marsala is the most famous fortified wine of Italy (and was Lord Nelson’s favorite), produced near the town of the same name where the volcanic soil gives Marsala an undertone similar to Madeira. It can be dry, semi-sweet or sweet. If the label reads Fine, it must have been aged at least one year; Superiore on the label means it was aged for two years; Superiore Riserva, four years; Vergine Soleras, aged up to five years; Vergine Soleras Riserva, aged up to ten years. The latter two are dry wines normally used as aperitifs. Unfortunately, only the sweet and dry varieties seem to be available in the United States. (Something that this writer believes to be a mistake.) Other dessert wines include Malvasia di Lipari, produced on the Isles of Lipari off the north coast, and the Moscati di Siracusa, grown on the southeast coast near the town of the same name. Moscato di Pantelleria, from the Muscat of Alexandria grape, is from the volcanic island of Pantelleria. The largest and best-known winery on the island of Sicily is Duca di Salaparuta, located just east of Palermo, and they are sold under the Corvo label. The annual production is over 900,000 cases so make some room in in your wine cellar. For the record, the transfer of ownership from the government to the private sector was coupled with the changing of importers to a wholly-owned winery operation in the United States and, when you arrive, you will discover a recently built visitors center, museum and tasting room. The same company, by the way, owns the Florio Marsala brand and I would strongly urge that you try their top-of-the-line Duca Enrico.

Another coupling is Rallo Marsala and Donnafugata whose viticulture roots go back 150 years. Try their white Anthilia and Chianranda. Lombardo Marsala has been in the same family for over 120 years so the expertise and knowledge is obvious. If you have the time to travel about, Planeta is located along the southwest coast and is less than eight years old with owners who are under 35 years of age. Sample their Santa Cecilia from the Nero d’Avola grapes and Burdes from Cabernet Sauvignon. Morgante is in Agrigento, and their Don Antonio is made from the Nero d’Avola, Sicily’s most important red variety. Regaleali is in the mountainous central area (a bit of a tricky drive) and is in a micro-climate on mountain slopes up to 2,000 feet, where the cool night air keeps the acidity high. Their real pride is Rosso Del Conte (90% Nero d’Avola).

Winding down, Palari’s vineyards overlook the Straights of Messina and the grapes are handpicked and aged in French Oak for 12-to-18 months. They are both unfined and unfiltered. Benanti from the Etna region, produces a Rovittello that uses 80% Nerello Mascalese fruit from 80-year-old vines planted at 3,650 feet above sea level.

From this vantage point, Sicily has arrived as a quality producer and it seems like the the best is yet to come.